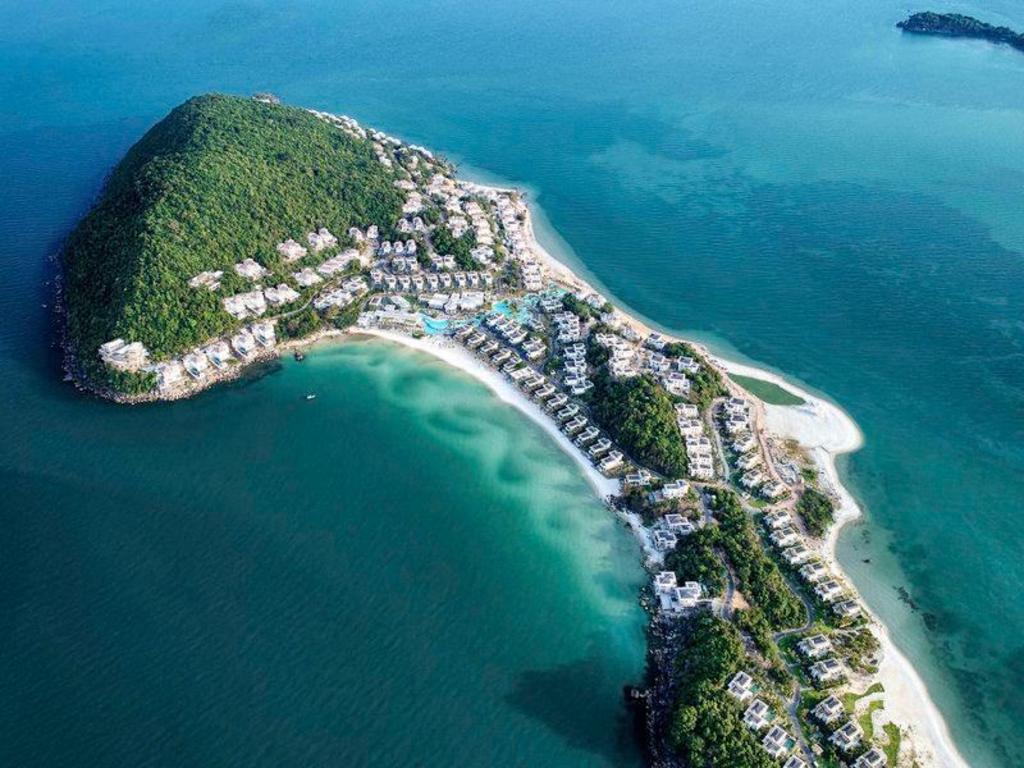 Phu Quoc is the largest island in Vietnam and also its main tourist hub. It is located in the Gulf of Thailand, in the province of Kien Giang. It is a popular destination for both domestic and foreign tourists. This is not surprising as this island paradise not only boasts of a lush tropical island with stunning beaches but it also holds secrets that can be unravelled within a short visit.

The Place is Lovely as Advertised

Phu Quoc has varying can choose to go up the hills and mountains, venture deep into the jungles, down to the powdery-white beaches or simply take a leisurely walk around to see the local flora and fauna. There are also a number of cultural and historical sites for avid travellers.
Ganh Dau is famous for its revolutionary past and has an altar for Nguyen Trung Truc, a historical hero known for the adage, “The Vietnamese can only be defeated whenever the French clear all the weeds on Vietnam land”. You may also want to drop by Cau Palace and Water Goddess Palace which have been built to praise the sea gods. Other frequently visited spots in Phu Quoc include the Ham Ninh fishing village, An Thoi seaport and An Thoi islands, Mong Tay islet, Doi Moi islet and Coi Nguon museum. Make sure you bring along your camera for some photo-ops!
Don’t forget to sample the native cuisines when visiting this charming island. The local dishes are guaranteed to satisfy even the most discerning taste buds, and they are not only mouth are very affordable as well! Seafood lovers in particular, will fall in love with the place. At night, try to check out some street food stalls and enjoy a gastronomic treat with your friends and family.

There’s Something for Everyone…

The beaches in Phu Quoc are romantic and unique, with some having yellow sand. In some areas, you can go out as far as 30 meters or more with the water level staying shallow, reaching up to the chest only. The island has a long list of world famous beaches such as Truong Beach, Kem Beach, Dai Beach, Sao Beach, Rach Tram Beach, Rach Vem Beach, among others.
The marine ecosystem is extremely diverse, and this is another reason why thousands of tourists flock to Phu Quoc. There are up to 100 species of hard corals, 20 species of soft corals and 62 species of seaweed. The reefs are teeming with life, so if you decide to take a dip, scuba dive or snorkel, expect to see some groupers, butterfly fishes and some rare species like sea cows and turtles. Perhaps the main reason behind the conglomeration of marine life is the fact that it lies in a perfect area in the Eastern Sea which is not often hit by seasonal storms.

Tourists will have a chance to visit the pearl farms at the southern frontier of the island to see how the locals produce some of the rarest and most precious pearls in Vietnam. Aside from pearls farms, there are more than 100 fish sauce factories on the island. You ought to take a bottle or two as this is one of the specialties of Vietnam.
At the back of Ham Ninh fishing village, Duong Dong, An Thoi and Cua Can are the dense forests that cover a total of 99 mountains, with the longest section at 65 kilometers and the widest at 28 kilometers. The pristine forests are home to more than 1,000 plant species, including the rarest of precious wood including lotus, rosemary and Frankincense. There are also about 30 species of animals which are mostly listed in the Red Book.